How To Unblock Your Toilet 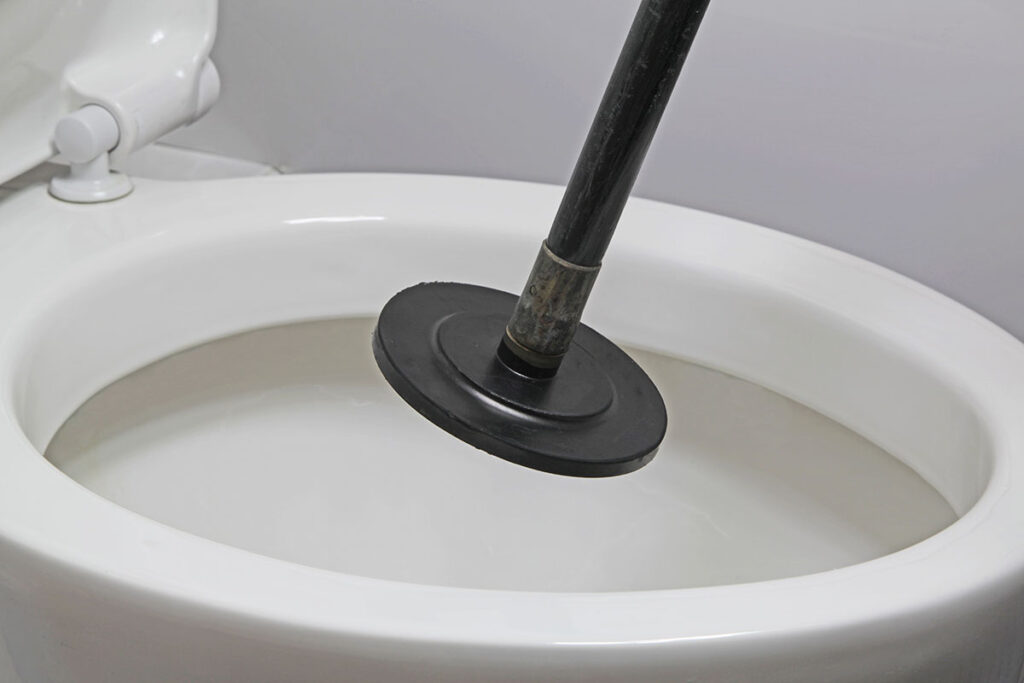 A blocked toilet is often a nuisance that is over just as quickly as it started. A few hard presses on the plunger and away you go. However, sometimes your toilet becomes blocked so badly that it cannot be rectified by a plunger, it requires the attention of an emergency plumber in Sydney. Perhaps you’ve just moved into your new rental, only to discover the toilet doesn’t flush properly. Your landlord will likely send out an emergency plumber and depending on what region of Sydney you live in, affordable plumbing can be difficult to come by.

A plumber will first have to diagnose the problem. But why does a toilet become blocked in the first place?

What Blocks Your Toilet?

When a toilet is open, water flows freely between the bowl and your sewage pipes, to which the toilet is connected. This is then connected to either a septic tank, or your town/city water supply. However, when a toilet becomes, water stops flowing freely and is backed up in the sewage pipe and bowl, causing the toilet not to flush properly.

Blockages generally come about by forcing an object – either something that wasn’t supposed to be flushed, or something that was, down the tube that is too large for the tube to take on and the object becomes stuck, blocking off the water flow. This is why people are generally advised to only flush toilet paper, as it breaks down far easier under water pressure than, say, napkins – which are sometimes made of thicker paper. Generally-speaking, the thicker the paper, the more difficult it will be to successfully flush down the toilet.

Some people even flush bits of food down the toilet. While this might be fine for the odd breadcrumb, anything with more substance to it can cause a problem. Particularly if it has the ability to become lodged in the width of the pipe or can stick to the pipe itself.

Whatever you do, don’t flush too much hair down your toilet. This can be especially for people with long hair who brush their hair daily. The prolonged build-up of hair in the pipes can cause it to stick to the pipe and cause a blockage – though these types of blockages are infrequent, as the sheer volume of hair required for this is quite large.

There are plenty of things that can cause your toilet to become blocked, but what to do about it?

Your first step to try and unblock your toilet, before you call inner city plumbing, or Manly plumbing services, should be the use of a plunger. If you are unsuccessful, try a drain snake – these can be found at most local hardware stores, this item is a loose metal coil on a pole, that ‘snakes’ through your drain and latches onto whatever the blockage is – a quick pull should release the blockage and force the water through. Voila.

If the drain snake nor the plunger work, perhaps it is then time to call in professional help.

What Can A Plumber Do?

Your plumber may be able to make a better assessment than you can and will likely have better tools than you to complete the job. If there is an item that has caused a blockage, then a plumber can remove the item and then perform an inspection of the pipe, to ensure that no damage has been done to the inner workings of your toilet drain. If damage has occurred, then a plumber will be able to make repairs and recommendations.

It is generally a good idea to have your toilet’s plumbing inspected by a plumber once per-year. A simple inspection of pipes could save you an even bigger bill in the future.

If your toilet is blocked, don’t panic! Try to do-it-yourself, and if you can’t, bring in the professionals. Blocked toilets happen, but what is blocked can also be unblocked.

Get your on site quote today

On time, every time

We’ll complete your project when we say we will. We’re dependable and provide high quality services you can trust.

Respect for your home

We’ll take care of your home and property as if it were our own. We’ll work tidy and clean up before we leave.

Our team members are all highly trained, licensed and experienced to deal with all your plumbing and roofing needs.

Fill in your details below